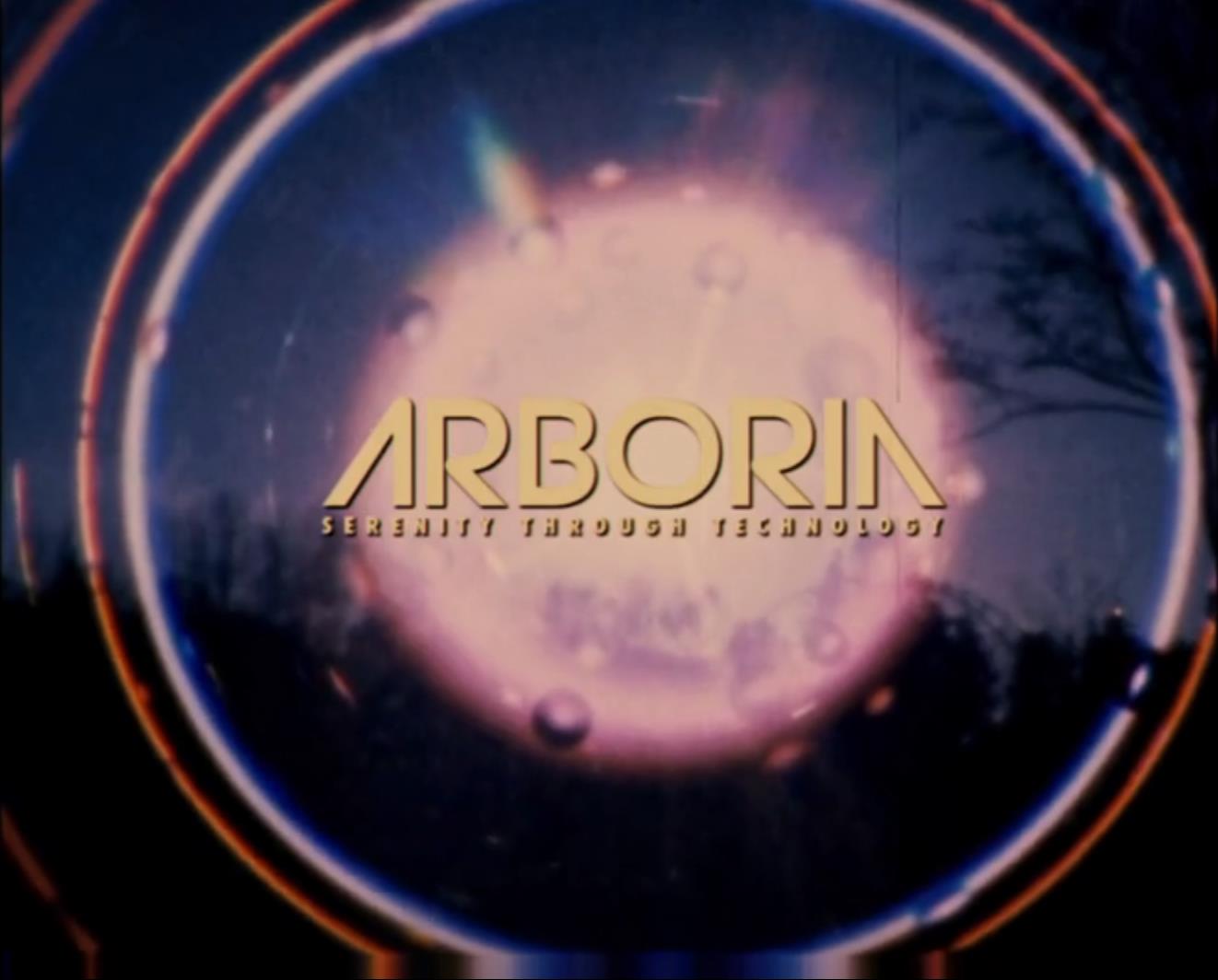 What Is Beyond The Black Rainbow?

This is a 2010 movie which I believe shows the potential dark side of a spiritual awakening through metaphor as its primary aim and secondary to this it shows how a good spiritual awakening can trump the bad even when the odds seem stacked against an individual. I personally consider it a warning to myself at this time, given the stated aim of this website!

At its non-metaphorical core it is a story of an institute called Arboria that claims to have found a practical way to achieve enlightenment, under the guise of making people “happy”, and offers this to the public.

The check on my own thinking is this. In trying to awaken others there is this chance of it going bad (perhaps happiness is the issue in the movie because those who are unhappy are not good candidates for the procedure, and therefore a poor sales technique to use. Nope! never mind that train of thought).

It offers this volunteer Barry Nyle a pharmacological drug and pops him in some black goo tank to have a trip. It’s not a good trip however and he comes out a changed man, and kills the founder’s wife. Following this, the Founder Mercurio Arboria puts his baby daughter through the same process.

Years later Barry is on daily drugs and spends each day working at the institute. He spends a lot of time with the Founder’s now teenage daughter Elena, who is being held captive like a test subject in the Institute, and she keeps trying to escape. Barry and Elena share psychic abilities following their experiences, and Barry seems to want to use Elena for some purpose that she refuses to agree to, because of this she won’t talk to him and he finds this frustrating. Barry tries and tries and makes no progress presumably for years more, so he tortures Elena.

Barry is unhappy and only the drugs he takes keep a smile on his face, but one day an administrator at the institute discovers that Barry has been keeping an intimate dossier on Elena and when Barry learns that the administrator knows, he devises a plan to kill her. He uses Elena as a weapon and her psychic abilities are invoked to kill the administrator, and the death is covered up by the institutes guards.

From here he moves downwards toward his dark end. First he kills the founder of the institute, which really causes a shift in him, so then his wife dies at his hand, some innocent people in a field are murdered, and then he tries to kill Elena who escapes the facility. However he fails and then dies himself.

Now, this is the overt plot which does not give away any of the symbolism or metaphor in the movie. These are the more interesting and disturbing aspects in this production. The overarching metaphor in the film is that of authorities performing mk Ultra experiments on the public to see what will happen, throughout the movie there are flashy scenes of a glowing pyramid suggesting some overseeing person or group sitting above institute and at the pinnacle of control.

It may be a computer system or a human brain that is being represented, but something superior to the events happening within/below.

Below this is the metaphor of people having a spiritual test where some pass the test and others fail. The story shows that a spiritual awakening can be induced through drugs and sensory stimulation. I know this because in the movie Barry has a third eye representing enlightenment drawn on his forehead as the procedure begins.

We see Barry take a drug, and then everything switches to metaphor. “Good Luck!” he is wished by the Founder’s wife. The black goo he enters is the overcoming of his senses by the drug taking affect, there is a little hesitation which is overcome by the voice in his head (the Founder) encouraging him to “Bring home the mother load” as an egoic appeal to success, after which he descends into the trip.

The experience for Barry starts out nice enough with him appearing as a stone effigy watching waves of something moving, but he seems afraid and things start to go wrong. Fire follows this and we see his face melting off representing a descent into hell.

At this point Barry should have surrendered to what was going on around him, but alas he is to afraid and fights the experience, causing him to ingest the waves of something which seemingly replace his internals. This makes him burn with immense heat from inside and cement his death as a good guy.

He sees a gaping void immediately before coming out of the trip, and when he emerges he so so fearful he cries and shakes and vomits on the floor. Then he searches for the nearest comfort in the form of the founders wife, but bites her in the jugular and she bleeds out. He has failed the test of spirit and now through his fear is a servant of evil.

The child of the founder however is innocent and has no idea what is going on, and so goes through the fire without issue. Both of these test subjects survive and gain psychic powers, however they are polar opposites of each other, one light and one dark.

When Barry fully embraces his dark side later in the movie we learn that he was actually made bald following his trip and his eyes were changed such that he has no irises. Black demonic eyes, like the shape of the goo pit. Here the metaphor of a wolf in sheep’s clothing can be seen with the evil hiding behind a civil and professional appearance. As we know, an evil would not get very far in the world if it walked around looking like a demon, so instead it hides its demonic appearance to fool people. But now Barry doesn’t care, so donned in black leather and in possession of a ceremonial dagger called “The Devil’s teardrop” his revelation is complete.

At the Arboria institute there are a series of guards called Sentionauts which as a name I would say translates into “no sentience”. These at first appear to be robots, and these guards help cover up the death of the institute’s administrator. They are very robotic in nature and follow instruction programmatically. Later we learn that these are like lobotomized man children. Adult bodies with a retarded like intellect.

This is a metaphor for all law enforcement types, sadly. They are unable to question their orders, and even enjoy doing the bidding of others when it involves the enforcement of a superior’s instructions involving violence.

In the end of the movie we see one of the tenets of belief in goodness. The weak and innocent Elena is confronted and has no where to run as she is faced with the now revealed demonic Barry, yet despite her appearing to be at the end of life a miracle occurs against all odds. Barry catches his foot in a branch on the ground and trips. He falls an hits his head on a large rock, which kills him. This is divine intervention and the winning of good over evil when it shouldn’t be possible. The strong succumbing to the weak, the Goliath being downed by David. Faith that evil has already lost, despite its lies and show of power. Some may think the ending corny and implausible but it is a foundation of the Christian religion.

The metaphor of psychic powers in the movie is the real world act of maturing as a human, of growing beyond fear into the being which you could become if you hadn’t been constrained by society to live as a child until you die. Taking responsibility for yourself, and being accountable are the fundamentals of maturity and that maturation gives rise to what the children of the world may call psychic ability. The way an adult can out maneuver a child in a game of chess for example, or the way an adult can see the consequences of actions (intended to be taken) and offer a warning to the child, are the real world type of “psychic” powers that I write about here.

The only thing that remains for me is why the movie is called Beyond the Black Rainbow? Could it be a sequel to the 1989 movie Black Rainbow? That film had similar themes. The internet seems to connect it to Satanism and I seem to have a memory of it being related to the illuminati. The Wikipedia entry for the movie says its creator is quoted as saying the following:

“the “Black Rainbow”: trying to achieve some kind of unattainable state that is ultimately, probably destructive”

However this to me seems like misdirection by the director! I can’t think why that explanation is represented by a “black rainbow”. After all the supposed pot of gold at the end of a normal coloured rainbow is just as unobtainable and searching for that could be equally destructive.

In summary then, this movie is about the dangers of a forced spiritual awakening. It shows while a scientific process could be found that repeatedly gets people to that point of the spiritual test, that process can create angels and demons equally. It is a warning to not mess with the natural order of people in the world. The warning heeded is to let those who want to learn and awaken find the path themselves, and for those that can’t or don’t leave them be!

I remembered the other day that Marilyn Manson sung about a black rainbow in his song Disposable Teens. In looking into the meaning of his use of the black rainbow, it appears it was meant to be the opposite of the happiness a regular rainbow brings and thus it represents sadness to him.