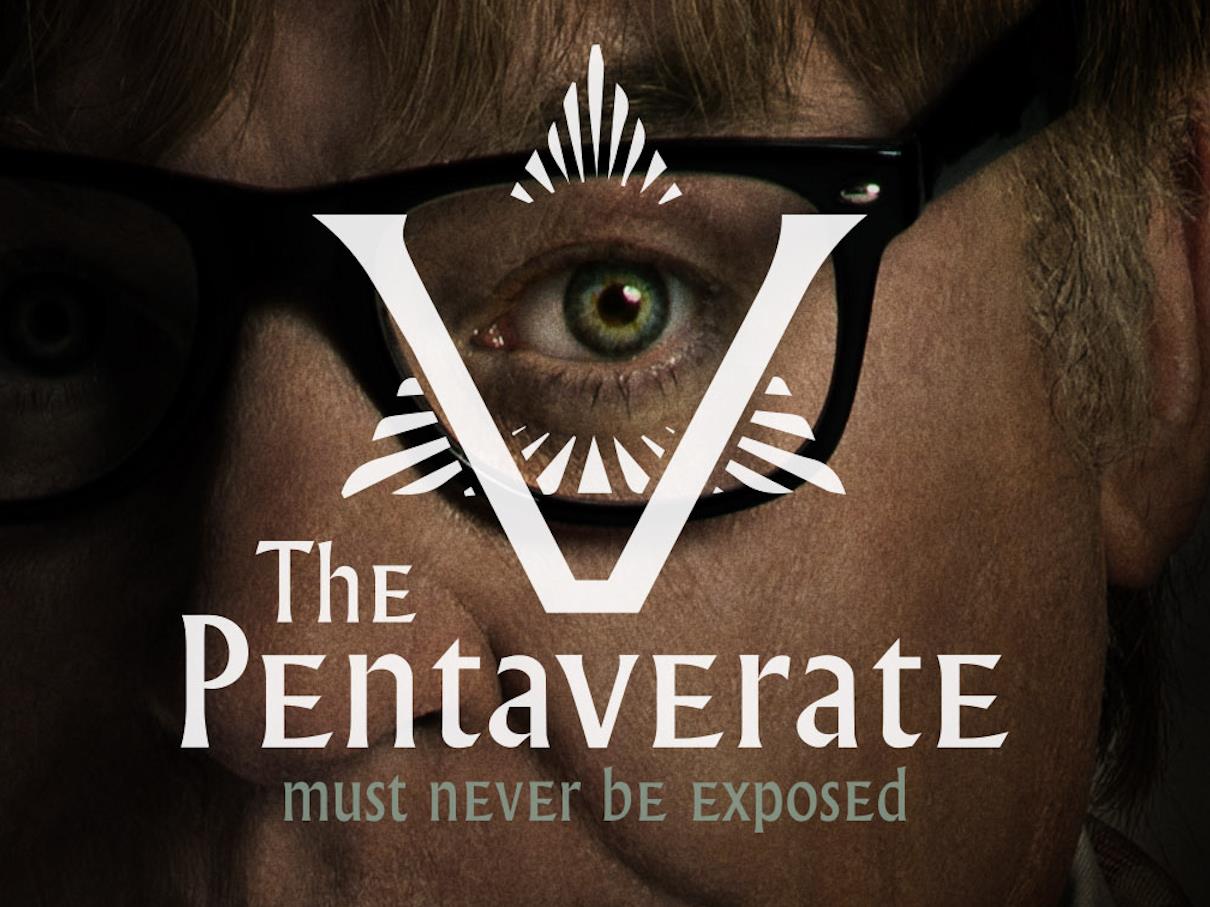 The Pentaverate – A Confession

So I’ve just watched this new Mike Myers series, and overall it was okay, it had a style a bit like The Prisoner, and a Charlie and the Chocolate factory characterisation (with Mustache Man being like a Slugworth role). It was a bit weak on the comedy if i’m honest and was most funny when it was making juvenile dick jokes. However there seemed to be a point to the series, a message behind the story and the way things are presented are not as they are even within the context of the story once you watch it all.

Taking the overall arc of the plot then, we see that there are two sides to the story, a hidden truth and a man on a quest to uncover the truth, but there is a third dimension as well, in that all is not well with the elite. So we have a secret society called the Pentaverate that rules the world behind closed doors, This society has for generations looked after mankind and the world in their back rooms but their control is rotting and the world is falling into darkness. There is a man on a quest who uncovers the truth of the hidden controllers but also finds that they are being corrupted from within and their own members are being killed. It transpires that this once benevolent society has become malevolent but no-one knows who is behind it. The story moves to a point where the perpetrators are found and removed, the society is dissolved and it’s soul (which was rotten) is replaced with the man on a quest. A new society is formed around the protagonist which is more diverse and the benevolence is restored, presumably with the worlds problems now being addressed correctly.

Among the initial presentations that change we find the following:

-The evil member of the Pentaverate is an Australian billionaire called Bruce Baldwin and is not unlike Rupert Murdoch, but is initially presented as good.

-The protagonist reporter, Ken Scarborough is presented as a weak old man without much spark in him, but he transforms to become a strong hero and then ultimately the soul of the Septaverate Society

-The Conspiracy Theorist Anthony Lansdowne is presented as a nut who will believe anything, but he is shown in the end to have been correct in his thinking.

-The Broadcaster of Truth Battle show; the Alex Jones alike (who caused the real AJ to lose his shit on air) again is presented as a nut job, but he is also shown to be correct in the end (So AJ needn’t have worried) as the corrupted Pentaverate were doing all the malevolent things he claimed even if it is not what they stood for.

So what is the message of the story? I would suggest that it is a confession, presented as comedy fiction. It is a confession that the real secret society behind Vanguard are cleaning house, that they recognise that their soul was corrupted from within and they are now making amends. It’s not like their head can come on TV news and say sorry! So we have this veiled apology and a reset to a more benevolent helping hand for the world and mankind.

Trouble is that evil works in the darkness and shuns the light, so while they remain hidden in plain sight they still cannot be trusted by us mere mortals.

Given the presence of the Elon Musk hyperloop idea in the series, perhaps they are saying that the real new soul is Elon Musk and “you already trust him!”. Time will tell if there is anything to it and whether the show was just one big dick joke and says nothing about our world!