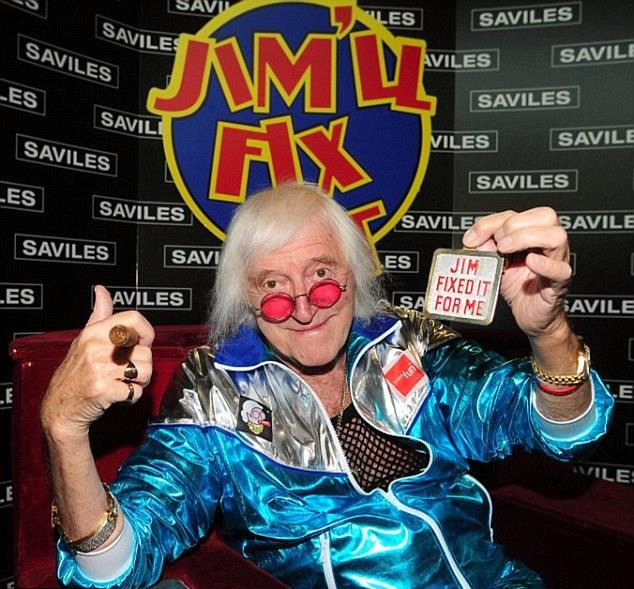 So I’ve previously watched documentaries on Jimmy Savile like the one by Louis Theroux, and I’ve just watched the new Netflix Jimmy Savile documentary – A British Horror Story, so I’m now torn between two realities. I will lay out the for and against of each reality below but as a headline statement I will say that if the documentary is honest and truthful then the ramifications are truly horrible this country and the society in which I live is fundamentally sick and I don’t want to ever be a part of that power machine. However in the opposite reality we’ve just got dodgy media hacks pushing a false agenda for sales and clicks, as usual.

I’ve always been pretty good at getting a sense of people and going back to my childhood I watched Top Of The Pops and Jim’ll Fix It. I even wrote to Jimmy as a child to try and get on his show, so I did not have the same kind of suspicion with him that I had to say Christopher Biggins, or Rod Hull, or Keith Chegwin for example and these guys creeped me out. As an opening position then, Jimmy Savile seemed to me to be funny, caring, genuine, and honest, he was weird but not in a sexual way, just an eccentric Englishman. However I was a boy then and if he had a thing for little girls maybe I was perhaps able to easily look past things that girls picked up on. I missed his hidden side, and this may point to me being naïve or it may point to him being so good at his deception that I stood no chance at spotting it.

The case for this reality:
Jimmy is as he was made out to be in the documentary, with his pure evil hiding in plain sight such that the public did not see it. The little suggestions he dropped in interviews were not jokes but instead admissions of guilt, whether it was meeting with 17 year olds, or being in court next Thursday. He was a sexual predator that had access to the most vulnerable people in society and used his fame to not only pleasure himself but also to “fix it” for other high ranking British people to engage in sexual behavior with underage girls, and perhaps boys too. He was not a boring “tricky” man but instead a clever mastermind that knew how to use his position to deflect questions and suspicion away from himself and he kept his lips sealed about not only his own crimes, but also those of others that he set up. He may well have had a blackmail scheme going along the lines of Jeffery Epstein, and he clearly was closely involved with royalty and the leadership of this country so had access to power and their scheming, and also their protection.

– He had secrets that were well under control, and a reputation for keeping his own and others private lives out of conversations and the media spotlight

– He never had a normal sexual life, and his lack of partners or marriage leads one to think that he was either gay or a paedophile

– His fame allowed him to be unquestionable by accusers

– He had access to vulnerable girls in private settings

– Young girls were afraid to speak out against him, but as women many years later found the courage to do so

– There were unknown and unprovoked discussions online against him which lead to the media to follow up on suspiscions, and then honest interviews revealing genuine crimes

– He was a kingpin character for nationwide paedophiles, procuring and blackmailing and building trust networks for the establishment

– The media serve as a valuable and accurate service for the public, uncovering and investigating crimes that later go on to be punished

– He used his Catholicism to repent over and over, and his charity work was the balance sheet that the documentary claims

We live in a sick society of paedophilia where people are blackmailed before they are given positions of power, so that they may be controlled and do as they are told by those above them. The hidden network is across the whole country and reaches as high as royalty, and Jimmy was a gatekeeper paedophile and procurer of sexual services for the powerful. The network is secret and so many are involved that accusations cannot see the light of day, or if something does come out, it is quickly squashed by the media, politicians, and police. While this network is hidden form the general public, in recent years there has been an attempt to normalise paedophilia in society and to make it acceptable, perhaps so those under blackmail may get out from under it. This documentary represents a reminder to the blackmailed that the public is still horrified by such behaviour and will never accept it, so they should stop trying to normalise their behaviour. It offers Jimmy Savile as a sacrificial goat and it is a warning to them that a great fall awaits them if they try to speak out against the structure. Jimmy is presented as the one and the only one who was behind it all and he was caught (after his death), so the public can go back to sleep thinking British institutions are safe and above board and their authority is just and free.

Clearly the hidden paedophile network and thus the power structure in this country, which will persist, maintain its stranglehold over the country, and acquire new members through similar methods, albeit with a different and unknown procurer of services

The case for this reality:
Jimmy was an out of touch old celebrity who wasn’t very clever, and who at the height of his fame was already past his best mentally. He knew how to get a laugh but wasn’t very savvy when it came to politics or opinion, thus what worked for him when he was young did not work for him when he was old due to it no longer being acceptable in society, yet he continued as he could make people laugh. The media was looking for a scapegoat for their over-hyped problems in society and they picked on him to be the figurehead and to distract the public from reality with fictional horrors, as it sold papers. This is a similar situation to Michael Jackson in the US and the UK copies everything it’s special partner does. This whole situation was created by the media who manufactured the idea that padophilia is rife in this country and reaches power hierarchies as high as royalty, and this documentary is more of the same nonsense.

– He was a man of his era and like many of his generation in entertainment, his values, and attitudes towards women are not appropriate when we look back on those times

– He had a few jokes that were outrageous and always got a laugh, so he kept using them

– He was the boring stupid person he claimed, an introvert off camera like many famous people who was uncomfortable talking about his own private life and inadequacies

– Jimmy’s Catholicism meant that he was very private, pious, and single. Like many before him lived for others and never married

– People were jealous of his fame and wanted to knock him off his pedestal, to get attention for themselves

– The young girls who made accusations from Duncroft school were not normal people, but disturbed individuals that had mental health issues and had committed crimes, which is why they were at such a school

– No evidence was presented in the documentary, only speculation, and Jimmy was never convicted of anything during his lifetime

– Jimmy is dead and cannot respond to the allegations and defend himself, so is easy prey

– Jimmy is an early victim of cancel culture

Ramifications:
The UK media is out of control and will make sensational claims to destroy people’s reputations for the sake of making money. They use fear and the public’s naivety to sell stories that are made up lies. They care nothing for the truth or lives and will do abhorrent things and break the law (e.g. Piers Morgan) to name and shame innocent people. We live in a society of fake news where shaping peoples opinions is the opiate of these controlling amoral abusers. The UK media erode trust in establishments, in politics, and in famous people for fun. The idea of a free press is fine if there were alternative voices to attack the liars, but unfortunately the alternative media in the UK have been bought up or put out of business to leave these single point of view organisations that all spout the same crap.

The media companies such as News corp, ITV plc, or Reuters own all the subsidiary organisations and as such they push agendas through their networks to promote or silence issues for the agenda of their owners.

Fame is both a positive and negative thing, for those who want fame they will do anything to get it, and for the famous it is a burden meaning they cannot have ordinary private lives. There seems to be a continual rise to great heights and then a fall from said heights for the famous. I honestly cannot make my mind up on where the truth lies for this issue, having lived through the time period where Jimmy was at his most famous I cannot see this the same way as someone young today looking back on a time they did not live through.

This documentary is compelling in it’s authority, and I could understand how someone young watching it could think that it is true, but given that I am now old I remember the time period in question and I see no hard evidence being presented. There is not one admission of guilt on film, audio recording, or in writing, and the accusers in this documentary are not people I trust or think are honest, e.g. Andrew Neil, Ian Hislop, and the daily Mirror newspaper to name but three.

Seriously what are the chances of this being true and Jimmy getting away with it for decades, he’d have to be the sneakiest cleverest criminal to have ever lived, even Epstein was caught and those criminals who could not be touched for their crimes were caught on things like on tax offences as way of locking them up. Those who protected him such as the Police, politicians, and the BBC lose all credibility if this is true.

Yet, I know paedophilia exists and is a problem in society, and it seems to be everywhere and always in the news. I’ve had suspicions about people I’ve met or worked with, and it always seems to be there in polite society, hidden just under the surface. There was a man living on my street who was convicted and sent to jail, and I had no idea before a neighbour told me. There also seems to be this control over people in authority where to get their position they have to do things that later could be used against them if they step out of line, such that they are blackmailed by their handlers. It is a system of control that could well use paedophilia to as it’s main agent as it is something that the target would be repulsed by and if it were to be made public everyone would also be repulsed by.

I don’t know, is the only conclusion I can reach, and thus my memories of childhood will forever hang in limbo. Should I be glad I never got an answer to my letter from Jimmy Savile or should I still yearn to have that dream fulfilled? By the way it was to ride in the General Lee car and perform a jump, Dukes Of Hazzard style!