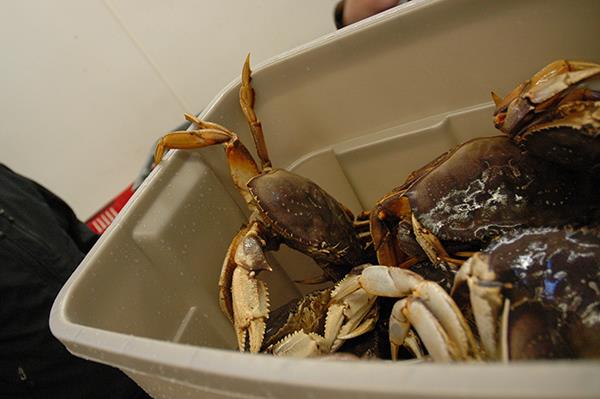 No More Crabs In A Bucket

There is a pervasive human version of the idea of crabs in a bucket that exists to keep people in check and I don’t understand why we must be this way with each other. One manifestation I am seeing a lot of at the moment is that of people learning new things about a topic and then being chastised for sharing what they have learnt and their opinion of it.

It seems like our species wants to simply make people to conform to their place in society, and without correct “credentials” they have no right to speak on subjects or situations which might cause them to stick out and be further ostracized by others. There is perhaps a “cruel to be kind” motivation here by colleagues, friends, and families, and they are doing this “for your own good” so that you do not get attacked by someone who really means you harm.

All the same this motivation must be based in an individual’s own beliefs about society and I would guess that they have themselves been beaten into their societal place by colleagues, friends, and family and as a good little slave they now beat others as a perverse kind of lesson to you for your own good.

I find this aspect of human nature paradoxical and it is a core issue with our beliefs about intelligence within a group, as while one person has found their natural place in society not all have, or will. Some know what to say and when, and to whom, they know the limits of their abilities and value the little lift up society has given them for being one of the herd, they know that they got their position with help and did not do it on their own merit, so when they look upon someone else who appears to be going against the tribe, speaking out of place, and perhaps criticizing the group’s perception of power, they are aggrieved and act to protect the family unit.

However, all of these people learnt and grew, and acted upon the education they received. They were able to acquire new knowledge and use it to inform others in their respective field. They all had to go through school and pass tests and then as an adult, they decided to just stop learning? It cannot be!

I don’t believe this is the natural state of a human, as I have learnt so much more post-education than I ever did in the education system. For some reason my desire to acquire knowledge and share with others outstripped the power that the herd had over me to control me, but this is not true of most people it seems.

So if someone educates themselves to a new threat to the tribe (which everyone is perfectly capable of doing) and decides to try to assist others understanding by sharing it on twitter, they should be rewarded and celebrated as this is the natural state of humanity. The desire to protect the tribe is divine and primal. However if they are not in a position of authority and the collective does not perceive them to be of sufficient status to speak out, then their information will be ignored, they will hound this person, berate them, tell them they are not allowed to speak on such things, and to get back in their box with the others.

These speakers are victimised as they are perceived to be incapable of helping others due to their lack of status, and instead these people will only listen to those in authority. The primary attack is on the speaker’s intelligence and ability to learn new things, which is ridiculous and hypocritical. Yet this goes on every day of every year, and I think it is holding us back as a society, especially as those in charge and those who hold the authority are clearly and evidentially not intelligent and have a track record of making really bad decisions.

Running with the herd brings safety to many, and for those who see danger and think they can divert the pack from the looming cliff edge there is a surprise in store for them, as the herd will bring them back in line with those heading for the fall. So what does one do in such a culture of humanity, how can the individual both help their friends and family, and extended fellows?

My thoughts are both sad on this point and yet probably correct based upon my observations of us all. I think the only way here to effect change is to lead by example and to not only be the voice that speaks out, but to be the one who gets ostracized, the one who is cast out, the crab that escapes the bucket. Then as an example to the others, this outcast must thrive and show the herd that there is another way.

Sadly many of the tribe will die in this time period, but some of them will look to the one who was kicked out and is doing well, and want to join them. While these leavers shall be welcomed, it must be made a rule that no-one is to act the same way again in this new unit of family by contract.

This will be a loose collective of individuals who will act together only as long as there is verifiable effort from each and progress is being made in agreement with all. Charity is only offered to those who can provably not work or think, and unfortunately the lazy, the cheats, and those who form power hierarchies will be the ones ostracized and shunned.

The ideas and learning of this loose collective will be shared openly widely without undue protection or claim over intellectual material, and people will listen if they want without any tribal conformance. People can come and go as they please as each individual contains the pattern through their education and learning to exist in their own right, and to live without the support of the others. There will be no leaders or authority an each time such power emerges, through the laws of the individual those seeking to prosper through others efforts will be the ones ostracized.

This is a land of no buckets, where each crab is a country, a set of laws, an authority of their own to govern and settle disputes, one who looks after themselves and their fellows as long as there is agreement, who works with others in truth for the benefit of the species, not of the herd/pack/tribe/family/club/sect/church/cult.