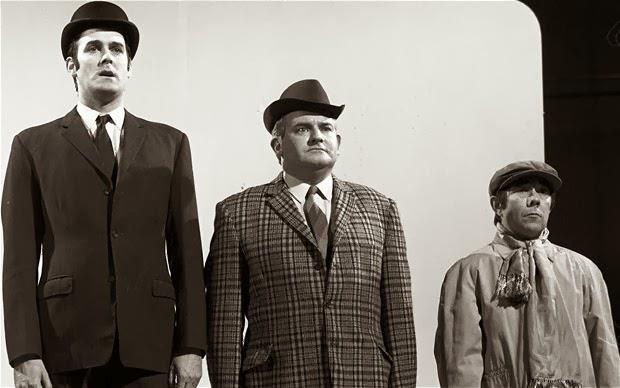 The Englishman is a curious animal, found in the northern hemisphere on an isolated cold and wet island, which is separated from the mainland by a hallowed historical battleground in the form of the English channel. The Englishman; much like the Lemurs of Madagascar, has evolved separately from his mainland cousins, and even his far closer brothers found to the north, the west, and those just south of the island. Isolated on his little island the Englishman has three distinct breeds (or classes) however each shares the majority of the characteristics of the others, with differences appearing mainly in attitude and accent.

First and foremost, the Englishman lives in a monarchy, and I don’t just mean that of the state, but each of his organisational structures are this way, from his work to his family, or even his favourite football team. He knows his place. The monarchy typically has a corrupt idiot at its head who should not be there, as they are not the most intelligent, the strongest, the fittest, or even by birth the DNA equivalent of a leader. Instead the head of each of these many monarchies is likely the best liar, and it is through deception that they have conned their way to the top. Unlike other societies of man around the world, the smartest of the English are to be found at the bottom of these organisational structures, typically holding things together and doing all the work, while gaining no credit or acceptable remuneration for their efforts.

Within these hierarchies each Englishman does as little as they can get away with, and laziness rules the day for this specimen. Blackmail is a tool which is used daily in order to get Englishmen to work and is also used as a way of building trust in people, for if you have something over someone then they will do as they need to. This then is the mode of operation for the Englishman, to do as he is told by his superior, and in turn his superior does as he is told by his, and on and on up the line it goes.

The Englishman will do as he is told to a greater extent above all else in his life, and does not hold the law, education, common sense, or the good of society as a higher authority. It is more important for him to be seen by his immediate superior as a jolly good chap, than it is to go against the grain of the monarchy which he seeks to climb the rungs of. For power is the dream and the biggest motivator for the majority of Englishmen, especially if their neighbours have a more expensive car or a nicer conservatory than they do. Looking down upon others is the modus operandi of the English, and has three classes as discussed earlier.

In work the Englishman is a creature of cunning, who will try to avoid responsibility at all costs. When giving instructions they will be done verbally for writing things down could lead to liability, and therefore must be shunned. When receiving instructions they will be nodded at and supportive affirmations may be uttered, but then the instructions will be forgotten. Such is the fear of being blamed for something, that writing things down clearly is shunned by all levels of the monarchy as a religious duty, and if one is forced into a position of having to write things down, they will be vague and cryptic, meaning little to the recipient, to avoid blame should anything go wrong. Implication and punitive punishment are also used as a means of conveying what a junior is supposed to do, versus what they are not supposed to do. In this way the implied instruction is never spoken and the chastisement is never documented, again to avoid liability. Despite this clumsy way of working each level of superior will claim responsibility for their subordinates work when things go well, and will blame them equally when they don’t.

When at home the Englishman considers it to be his castle and will furnish his home with the latest trophies from his recent exploits such that he has more on display, and his trophies are of better quality and expense than his neighbour. At home the Englishman is not King of his castle however, for that royal position is held by his female partner. She wears the pants in this relationship and also holds his leash. An Englishman considers his wife as his superior and honours his mother for her service in keeping his father in line before him.

The Englishman has a curious relationship with conflict which alternates between a subservient approach to any situation demonstrating that famous stiff upper lip bred into him from generations of bullying by his elders, and losing his shit and going ape on unsuspecting, and often innocent bystanders. While in the presence of a superior the Englishman demonstrates restraint and a civil deference to all attacks upon him, he will typically take a beating from a superior while apologising profusely and falsely promising that it will not happen again, then stand again to carry on as if nothing happened. While in the presence of a junior, the roles are reversed and so the bullying culture perpetuates itself down the hierarchy.

The way the Englishman perceives his role in life is based on his superiors, and nothing else matters. His immediate superior comes first, and less so those above him, until the monarch themselves is present, in which case the bowing and groveling is more intense. When it comes to being right or even when the law is involved the Englishman will defer to his superior’s wishes and that is all. Such positions are indefensible in the eyes of the general public and akin to the Nazi’s following orders, however in the Englishman’s mind it is more correct to do as he has been told to do, than to be in the right. He will take those instructions as Gospel. This leads to such phrases being uttered as “I’m doing my job!” and “You are not a team player” when challenged, and the origin of such an attitude comes from being brought up in a socialist bullying environment, either at school or at home, or in some club like the scouts. All through the hierarchy it can be observed that the superior at each level gives shit to the junior below him until there are no layers left, and the shit stops with those at the bottom of the monarchy.

Englishmen are very lazy and would rather talk all day about the game of golf they played at the weekend, or last night’s football game, than do the work they are supposed to. This inevitably leads to conflict between a superior and a junior. When resistant an Englishman will deploy a smokescreen around his actions, or lack of them, in an attempt to confuse his superior and avoid copping the blame for something. The Englishman’s apologies are often numerous and conceived around the idea that what ever went wrong was not his fault, and he seeks to blame someone junior to himself. Most of the time he will offer excuses ad infinitum as a way of avoiding doing what he was asked to do, because “I couldn’t be bothered”. However the excuses will always be made with a smile and a bow and he will remain unwaveringly polite even when his higher-up gets angry.

This is the English way, to never show ones superior any aggression, for this would be career limiting and will not be forgotten. So it can be seen that the Englishman is a well mannered mealy mouthed groveling excuse factory. It is part of the conflict avoidance the Englishman deploys to show no sign of bitterness as this will be taken as one-upmanship and will often be seen as a challenge to the superior which will likely invoke the phrase “Just who the hell do you think you are?” And those words never should be heard by a good Englishman, and certainly not in the presence of competitors, as this will instantly give them the advantage in the bosses future favours.

What of English women? As the typical Englishman does not understand women at all, and considers them some sort of alien species, I have not written about them, as is appropriate and correct in English society.