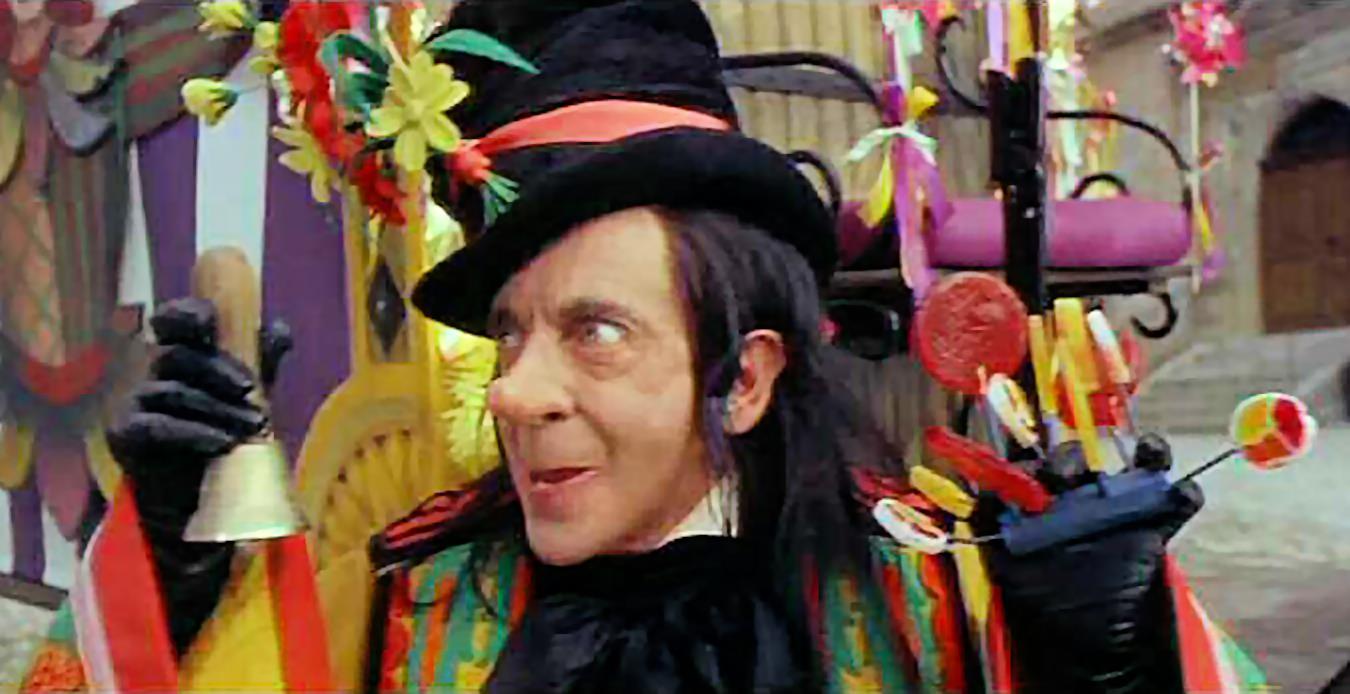 Probably the most important archetype in human psychology to learn is that of the magician, as this is the one who deceives and blinds the innocent with an agenda that is not what it first appears to be. This archetype can be nicely summed up with The Child Catcher character from the movie Chitty Chitty Bang Bang.

As most adults in the world today remain children and very few have actually matured (we are missing coming of age ceremonies), and as the world is ruled by deceivers, The Child Catcher is the perfect analogy for the way we are treated by business and government, by scientists and friends, and by teachers and family. Unfortunately we are caught again and again by the same simple tricks.

Like the way The Child Catcher dresses up and wears a smile while offering you lollipops that are enticing and free, the adult children of the world rush to this happy and friendly government official or businessman offering them goodies, only to find out too late that it was an act of a malevolent spirit, and the gifts were actually handcuffs to bind them to their will. Over and over it happens and these children do not seem to learn, or if they learn anything then it is to act like a magician themselves in a pyramid scheme of hate.

As a species we need to root out these deceivers and prevent them from having influential roles in society. We must learn how to avoid their games, which isn’t really that hard and one only need watch a Disney movie for goodness sake!